A fine evening of competitive boules (after we found some to play with) and excellent food & service from the Chequers. Winners Mike & Mark accepted the trophy (freshly made and still a bit wet). 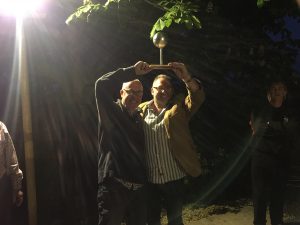